A Noble History Comes Home:  Chief Washakie paintings that hung in the Noble Hotel return to Lander for the first time in 50 years.

Twenty three epic paintings about the life of Chief Washakie by famed western artist J.K. Ralston will be on display at the Lander Pioneer Museum. The paintings used to hang in the Noble Hotel, but haven’t been seen in Lander since the hotel closed nearly fifty years ago.

The paintings and extensive history about Washakie and the Shoshone people will be on display in the main gallery of the museum for the coming year. There is also a display about the Noble Hotel featuring original furniture and a video on Washakie. The museum’s winter hours are currently Monday through Saturday 9 a.m. to 4 p.m.

The paintings were commissioned by Harold Del Monte, owner of the Noble Hotel in 1945. Del Monte, an avid historian, wanted guests to experience western history while they stayed at his hotel. He amassed a large collection of Indian artifacts, had western style furniture made to create the feeling of a mountain lodge, and used western themes throughout the hotel. 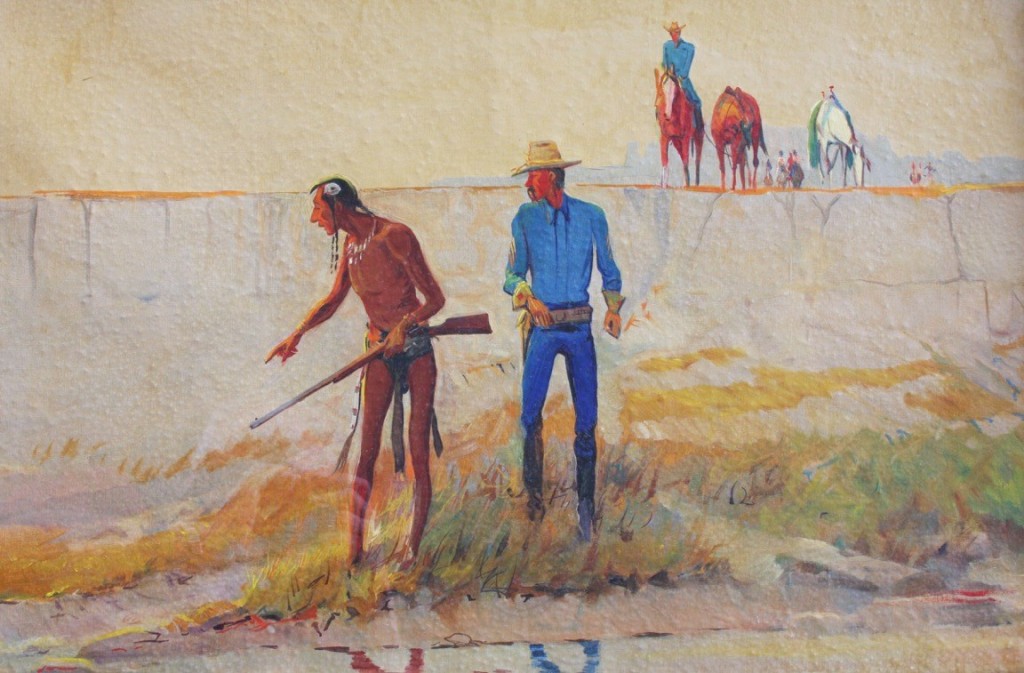 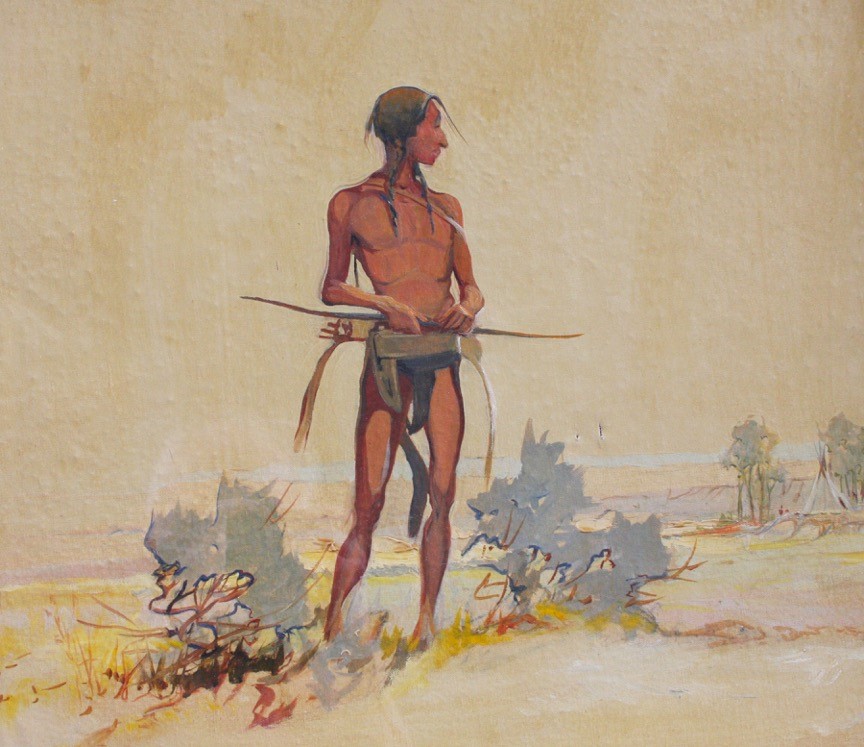 He hired Montana artist J. K. Ralston to create a series of paintings about the life of Chief Washakie, who Del Monte recognized as one of the most important Wyomingites. Ralston, then at the beginning of his career, spent time in Lander researching the landscape and clothing of the Shoshone. He then painted twenty three large scale oil paintings. The paintings cover important parts of Washakie’s life from his becoming chief, to the battle of Crowheart Butte, the coming of white settlers, the creation of the reservation and his death as a revered leader. Ralston went on to become one of the major western artists and his work is highly sought after by collectors.

When the hotel closed in 1969 the paintings went into storage. They were on display for two years at the state capitol in Cheyenne. The capitol building is closed for renovation and the Governor declined to buy the paintings to permanently display. The Alice C. Del Monte Trust, which owns the paintings, approached the Pioneer Museum about displaying them in Lander again. “We were thrilled to have the opportunity to host the paintings,” said museum Visitor Services Coordinator Randy Wise. “This is a major western art collection that has so many ties to this area: The Chief Washakie story, the connection to Lander and the Noble Hotel. It is especially nice to be able to have this exhibit during our 100th anniversary. It is an honor to be able to share these with the people of Fremont County again.”

An unveiling of the exhibit was held October 17. About 100 people attended the catered affair.  When the curtain dropped and the paintings were revealed against the deep red background an audible gasp was heard. Many people in attendance could remember the paintings when they were in the hotel. More than a few had worked at the hotel when they were younger. 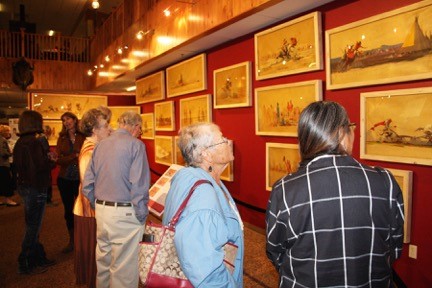 “What a wonderful thing to have back in Lander,” said Lander resident Gene Thompson. “This collection should be seen here where it was created and where Chief Washakie lived.”

“We are grateful for all the hard work that has gone into getting this exhibit to happen,” said Fremont County Museum Central Director Scott Goetz. “We’d especially like to thank May and Dave Raynolds for their generous sponsorship of the exhibit. Without their support the display would not be nearly as complete.”

The paintings will be on display anytime the museum is open. The museum held a free open house for the public to celebrate the paintings November 7, featuring guest speakers about Washakie, Ralston and the Noble Hotel, and special tours of the gallery.

The “Noble History Comes Home” exhibit is one of many new and exciting things happening at the museum. Museum officials share that new displays, programs and events will be coming up in 2016.

For more information, visit the museum website at www.fremontcountymusuems.com, on Facebook at Pioneer Museum Lander Wyoming or call 307-332-3373.

One of the Ralston paintings: Chief Washakie as a young man.

One of the Ralston oil paintings that hung in the Noble Hotel: A Shoshone Scout guides the army.

Visitors admire the paintings on exhibit at the Pioneer Museum.