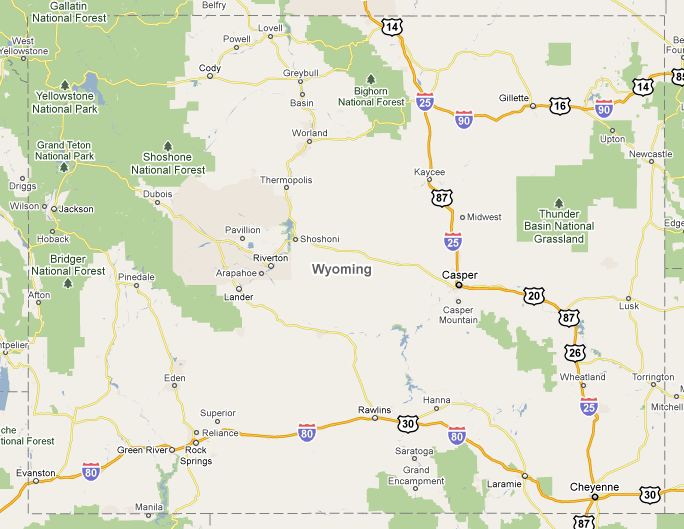 I have been on the road a LOT the past week. Since last Thursday, I have driven over 2000 miles. And we’re not done! We have traveled darn near every corner of the state repeatedly since we began our Wyoming Weddings guide in January 2009. Having grown up in Wyoming, we have spent years traveling the state to visit family, attend sporting events (as participants and coaches), with our volunteer organizations, for vacations, etc… But I have to say that we’ve learned the most about our state these past two years. Now that our 1st anniversary of Wyoming Lifestyle Magazine and 2nd anniversary of Wyoming Weddings is approaching, I thought it appropriate to highlight some of the tips and memories I have accumulated…

I have learned which public bathrooms throughout the state do not offer paper towels for opening the door to the bathroom as I leave. Yes, I’m one of those. I am a health care worker who is a germaphobe and a mother — bad combination. 🙂

Speaking of bathrooms, I have discovered that there is a gas station and general store combination in Pinedale that has the most beautiful bathroom. Yes, my travels revolve around places to eat, get gas, find cell phone service, and bathrooms. Modern day survival tools! 🙂

I will forever think of setting up the Rock Springs Bridal Show when I eat Domino’s Pizza. Combine a whole stack of pizzas, beer, a stage and balloon arch to assemble… The boys had too much fun making things out of balloons and we enjoyed ourselves far too much. Can’t wait for the next time! It also ALWAYS snows either before or after the show. Always!

For the Rawlins show, it was again storming. We left early with Keith &amp; Erin Turbitt and crawled through the storm to get to Rawlins. There was a very sweet desk clerk at the Hampton Inn who has an accent — it’s a New York accent I think — that I cannot understand. He kept making jokes and laughing at me and I was clueless — Erin had to translate. 🙂

There are some Wyoming terms that you just don’t get wrong. I knew for years that Popo Agie is NOT pronounced ‘Po-Po Agee”, and ESPECIALLY not “Poo Poo Agee”! However, this year I was informed that Devils Tower does NOT have an apostrophe in it. To the dismay of English teachers everywhere. 🙂

In Wheatland, the Best Western has the sweetest desk clerk. He remembers my name, where I’m from, what we do and all of the places I’ve been to recently each time I go in. It’s pretty impressive! I need him to remind ME what I’m doing sometimes… 🙂

I have learned that there are many scenic places I drive through that cause me to say “WOW….” every time. Doesn’t matter if I just drove through that area two hours ago. I say WOW again.

I have learned where the sulfur pockets are throughout the state. Just saying. 🙂

This year was the first time I witnessed the Evanston Roundhouse. WOW! That is one impressive structure!

I learned that Tim Harland of Snake River Brewery eats fried bologna and ketchup sandwiches. My lunch was abruptly ended when I learned that fact. 🙂

I met Patrick Zimmerer in person by surprise when we were having dinner at The Bunkhouse in Torrington — and of course he had lots of Table Mountain Vineyards wine on hand at his table! He’s a good guy — and The Bunkhouse is one of many great restaurants in Torrington!

I have learned that Matt Mead does not mind two obnoxious youngsters who are bent on showing me that they are not going to always behave at a business event. Bless him for being so patient. 🙂

I have learned that Leslie Petersen has a terrific memory for people, places and conversations. She remembered a great deal about our interview the next time I saw her — what a classy lady!

I have learned that I can run four miles instead of two in Torrington — talk about good workouts! I may have to drive to Torrington regularly just to work out! 🙂

I have (slowly) begun to understand the one way streets in Casper and Cheyenne. Kind of.

When I see a Maverick store, I will always think ‘Linda Mccoul’. 🙂

I have learned that wearing my tall platform heels two days in a row to business events will give me a case of plantar fasciitis. However, one day on, one day off and one day on again will not…even though Levi warns me I’m tempting fate on that one…

When a special guest appears at an event, be careful introducing them at the podium. They may just have left early…. Hmmm, does anyone have a joke to fill that moment?! 🙂

And most importantly perhaps… I have learned that no matter who you talk to in Wyoming, they know someone, somewhere, that you also know… Without fail. EVERYONE is connected. Everyone!

Till next time, I’m going to keep gathering those memories and little lessons learned. Last night, as I saw the lights of Laramie ahead, I realized that entire state of Wyoming is ‘home’ to us. And that’s a pretty good feeling.