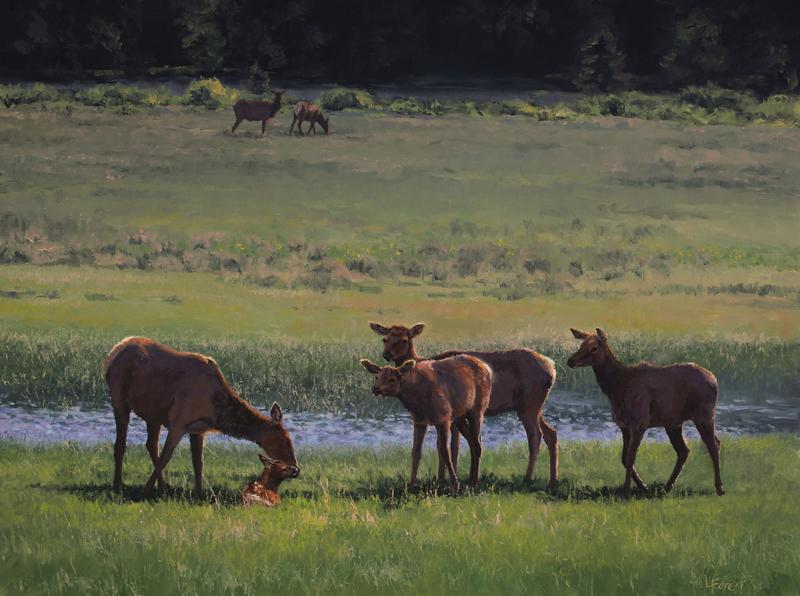 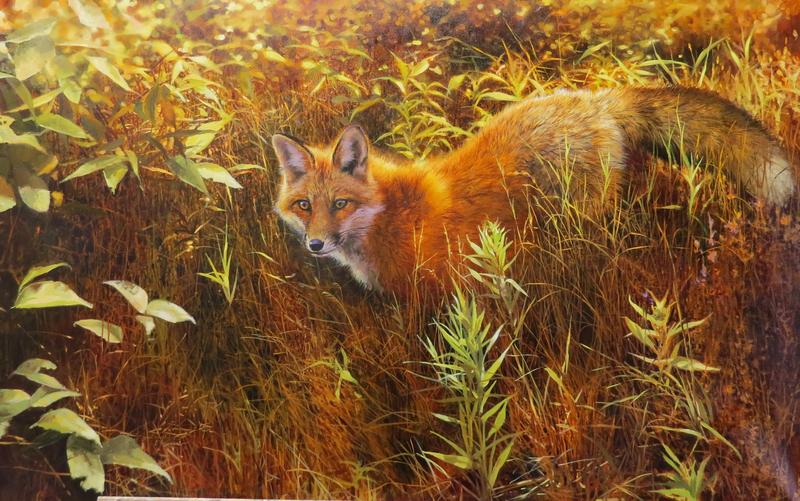 Trailside Galleries is pleased to present its annual “Wildlife Discovery”, exhibition and sale featuring all new works from an outstanding group of nationally known artists who are inspired to paint all things wild! Jackson is the perfect setting for this show as the area is a virtual Mecca for wildlife enthusiasts including photographers, nature buffs and of course, wildlife artists! Many of the country’s most noted wildlife painters will participate in the event, bringing an eclectic mixture of wildlife and natural subjects from around the world including big game animals from the African savannah, North American mammals, as well as delicate birds and aquatic subjects. While the artists each bring their own unique interpretation of animals to their canvas, they all share a deep commitment to the preservation of wildlife and our natural world.

Wildlife art continues to be one of the most collected genres of art in the country. Given the heightened awareness of global warming and fragile ecosystems, the genre seems to have taken on a whole new dimension, as the artists strive not only to create an esthetically pleasing image, but to have it serve as an educational tool to bring more awareness to preservation. 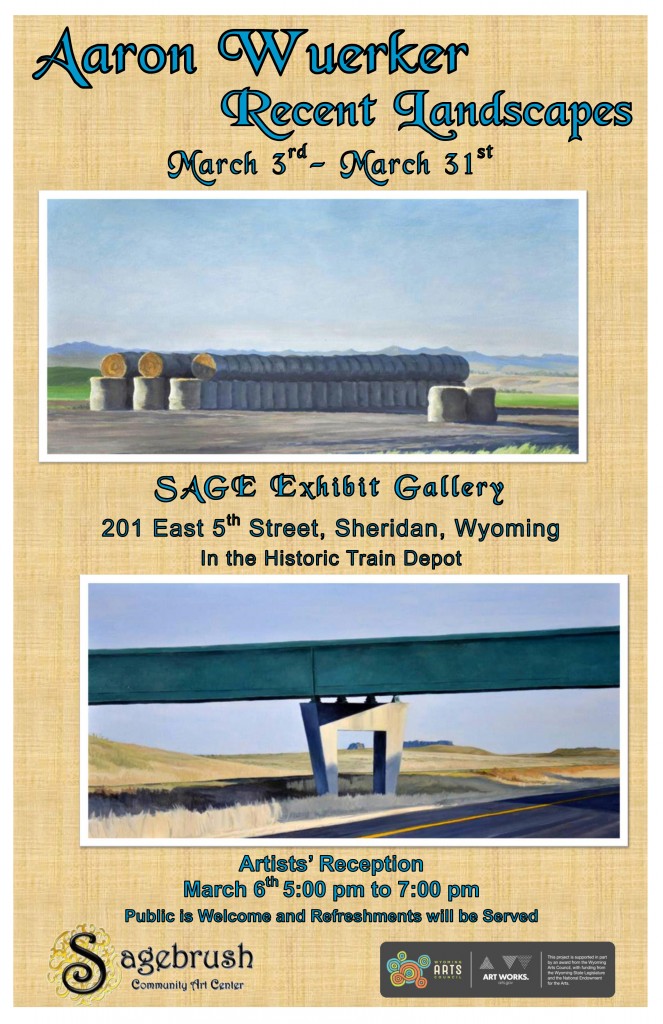 Sagebrush Art Center is pleased to present an exhibition of paintings by Aaron Wuerker of Buffalo, WY.  “Aaron Wuerker: Recent Landscapes,” will hang March 3-31 in the Sagebrush Community Art Center’s Invitational Gallery, located in the Historic train depot at 201 E. 5th St. in Sheridan.    The public is invited to attend the Artist’s Reception on March 6th, from 5-7 PM.

Wuerker earned a BFA from Kansas City Art Institute in 1992 and an MFA from Yale University in 1995.  He and his wife Jenny, also a renowned artist, own the Crazy Woman Fine Art Gallery of Buffalo, WY.  Wuerker states: “My work has continually returned to a realist vision of the landscape: I’m usually drawn to compositions where mechanized forms either mimic or contrast with the natural forms in the land.”

Hours for the Sagebrush Community Art Center are Tuesday through Saturday, 10-5 PM.  See our updated website at www.artinsheridan.com, or find us on Facebook at www.facebook.com/Sagebrushartcenter.  This project is supported in part by a grant from the Wyoming Arts Council, through funding from the Wyoming State Legislature and the National Endowment for the Arts. 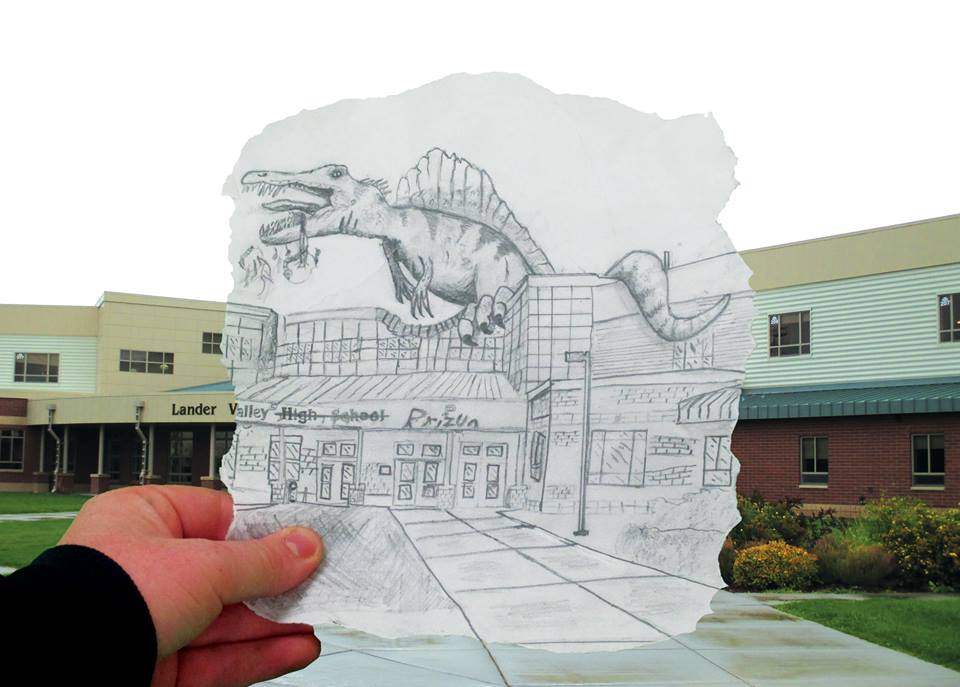 The Student Select Show remains a favorite in the community as it showcases the incredible skill and creative expression of young students. Their work is a reminder of the freshness art can embody and be an inspiration to us all. Students are lead by Middle School instructor Melissa Scherr; High School art instructors Jason Dayton, Shawna Pickenpaugh, and Zach Even.

A public reception will be held next Friday, March 6th from 6-8pm at the Lander Art Center. Lander Art Center openings are free and open to the public. Complimentary drinks and appetizers are provided.

Thank you to this year’s exhibition sponsor Lander Valley Education Foundation for their continued support of this show. 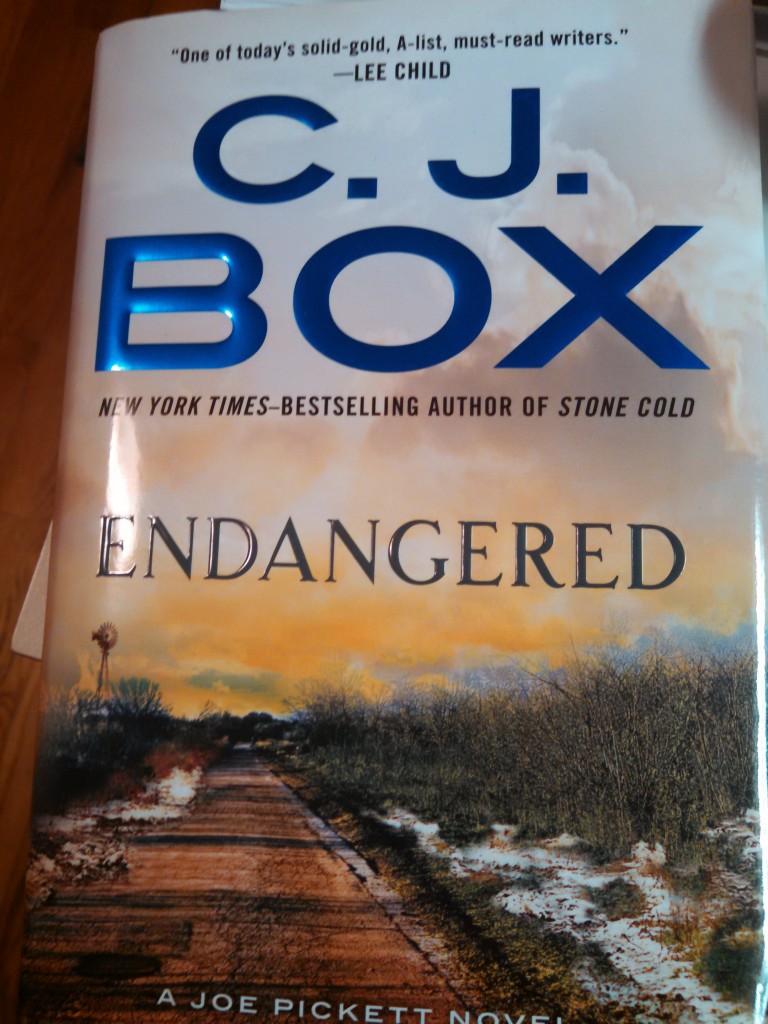 Check out what JUST arrived in our WLM mailbox!!! And with it, information on this 15th Joe Pickett novel due out March 10, 2015, comes a list of nationwide tour cities & dates! Check out the list below and read on for more information on ENDANGERED…

“All the action and suspense of Box’s long string of high-country adventures, with a solution that’s considerably tighter and more satisfying than most of them. One of Joe’s best.” — Kirkus (starred review)

“Is there a crime-fiction family as fully fleshed out as Joe Pickett’s? Pickett’s supporting cast – wife Marybeth and daughters Sheridan, Lucy and April – lends a continuity and grounding to this series that sets it apart from all the lone-wolf stuff out there… As they often do, things get western, with the carefully constructed plot building to a breathless, thrilling end.” — Booklist

In 2014, the critics were unanimous about the Joe pickett thriller Stone Cold —

“C.J. Box moves from strength to strength with each new installment. I would say that he is at the top of his form, but the top just keeps moving ever upward.” — Bookpage

Now comes ENDANGERED, the new Joe Pickett novel which Putnam will publish on March 10, 2015 ($26.95). And with this 15th entry in the New York Times best-selling series, C.J. Box has done it again.

As the story opens, April, Joe Pickett’s 18-year-old daughter, has disappeared. Joe already had good reason to dislike rodeo champ Dallas Cates, but now he has even more of a case against him — Joe learns that it is Dallas with whom April had run off. And now she is missing.

Then comes even worse news:  the body of a girl has been found in a ditch along the highway – she’s alive, but just barely, the victim of blunt force trauma. That girl proves to be April, and the doctors don’t know if she’ll recover. Dallas denies having anything to do with it — says she ran off from him, too – and there’s evidence that points to another man. But Joe knows in his gut which person is responsible for bringing her to harm. What Joe doesn’t know is the kind of danger he’s about to encounter. Dallas Cates is bad enough, but Cates’s twisted family is like none Joe has ever met before. And they will do anything to protect Dallas – literally anything.

Joe’s going to find out  the truth, even if it kills him. And this time, it just might.

C.J. Box is the author of fifteen Joe Pickett novels, mos recently Stone Cold; four stand-alone novels, most recently The Highway; and the story collection Shots Fired. He has won the Edgar, Anthony, Macavity, Gumshoes and Barry Awards, as well as the French Prix Calibre .38 and a French Elle magazine literary award. His books have been translated into 27 languages. C.J. Box lives outide Cheyenne, Wyoming 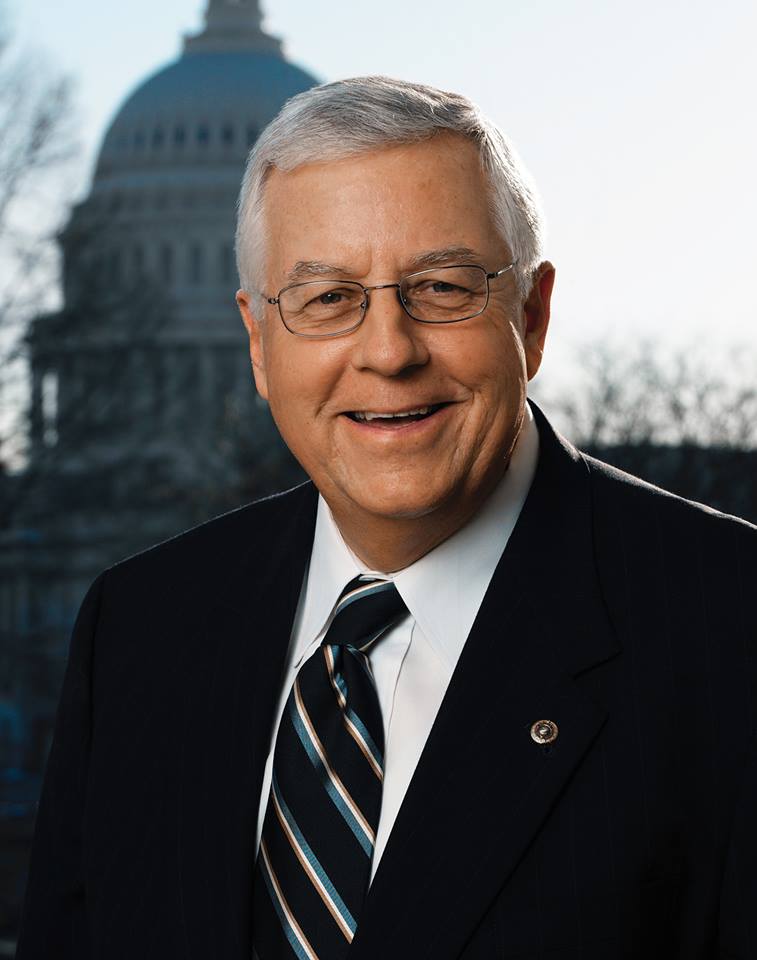 – U.S. Senator Mike Enzi, R-Wyo, is encouraging Wyoming high school students to apply to be a Senate page for one of the summer sessions in Washington, DC.

The deadline for summer applications is March 5.

“Along with allowing students a front row seat during debates in the U.S. Senate, participants will have the opportunity to explore the nation’s capital and interact with students from across the country,” Enzi said. “The program provides experiences that participants will carry with them forever.”

Page duties consist primarily of delivering correspondence and legislative material at the Capitol. Other duties include preparing the Senate chamber for sessions and carrying bills and amendments to the appropriate people on the Senate floor.

Summer page eligibility is limited to high school students who have completed their sophomore year and will be 16 or 17 years old on or before the date the session begins. Applicants must have a minimum grade point average of 3.0.

Pages live in Webster Hall located near the Capitol and receive a stipend to cover the cost of the residence. Breakfast and dinner are provided daily.

Our friend Rob McIntosh of Torrington finds some amazing photos… Check out this series of murmuration photos over Torrington, seen at the end of January 2015…