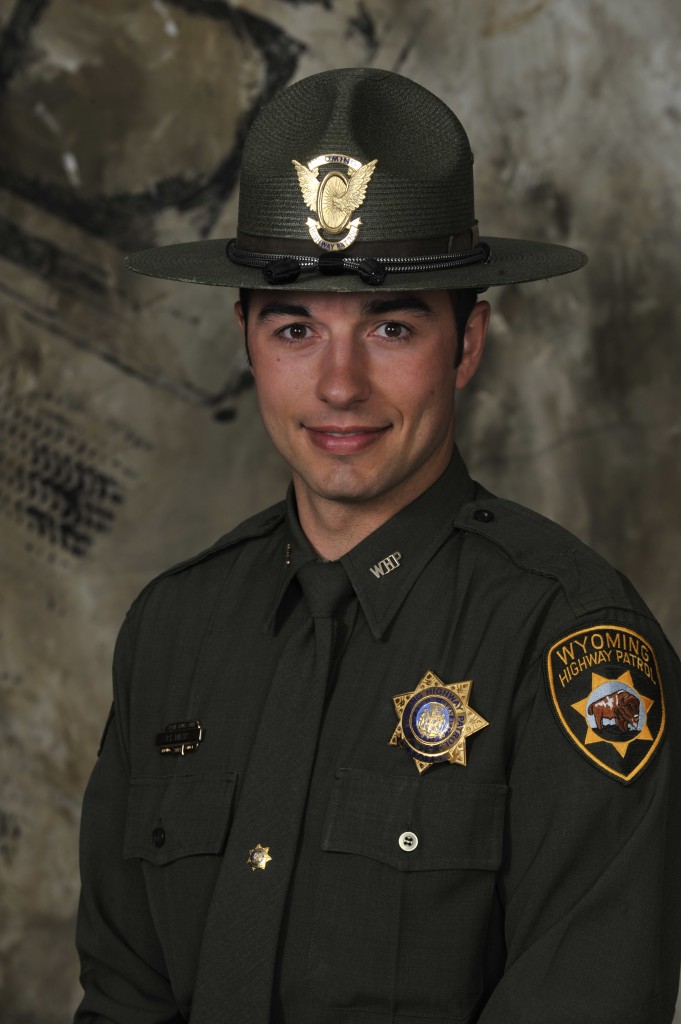 From a two-part release from the Wyoming Highway Patrol…

A Wyoming State Trooper was injured yesterday in a two vehicle crash on US Highway 14/16/20. The crash occurred near mile post 33 at the entrance of the Yellowstone Valley Inn west of Cody, Wyoming at 2:11 p.m. The trooper was traveling east on US 14/16/20. A westbound commercial truck with trailer had slowed to turn left into the Yellowstone Valley Inn. The driver turned left and failed to yield to the eastbound trooper. The trooper utilized emergency braking and swerved right in an attempt to avoid the truck. A head on collision was avoided, but the two vehicles still collided. The trooper involved in yesterday’s two vehicle crash west of Cody was Trooper Rodney Miears who is a five year Patrol veteran stationed out of Cody.

Both Trooper Miears and the commercial driver were wearing their seat belts at the time of the crash. The driver was cited for failing to yield to oncoming traffic while making a left turn.

Trooper Miears was released from the hospital yesterday afternoon and is at home recovering. He is expected to return back to full duty after a few scheduled days off. Thank you to all of the concerned citizens who initially came to Trooper Miears’ aid as well as the Park County Sheriff’s Office, Wyoming State Parks, Cody Fire District and the West Park Ambulance and Hospital staff that responded.