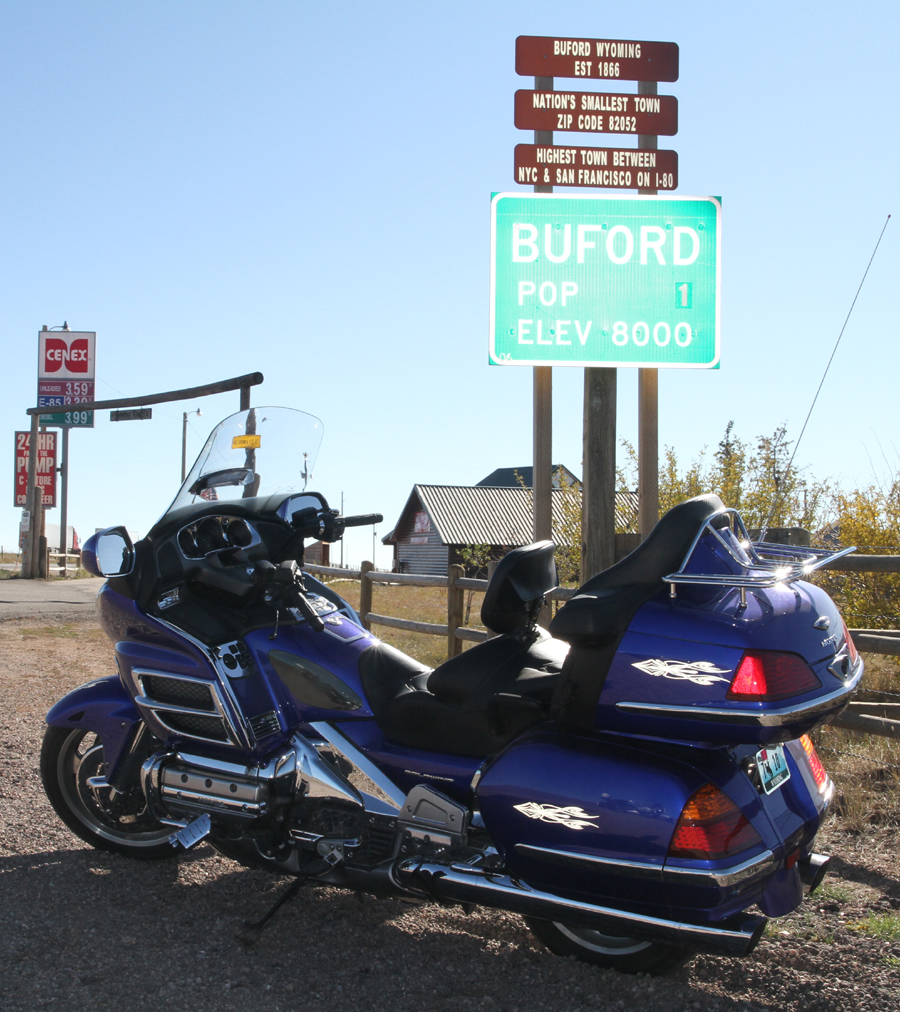 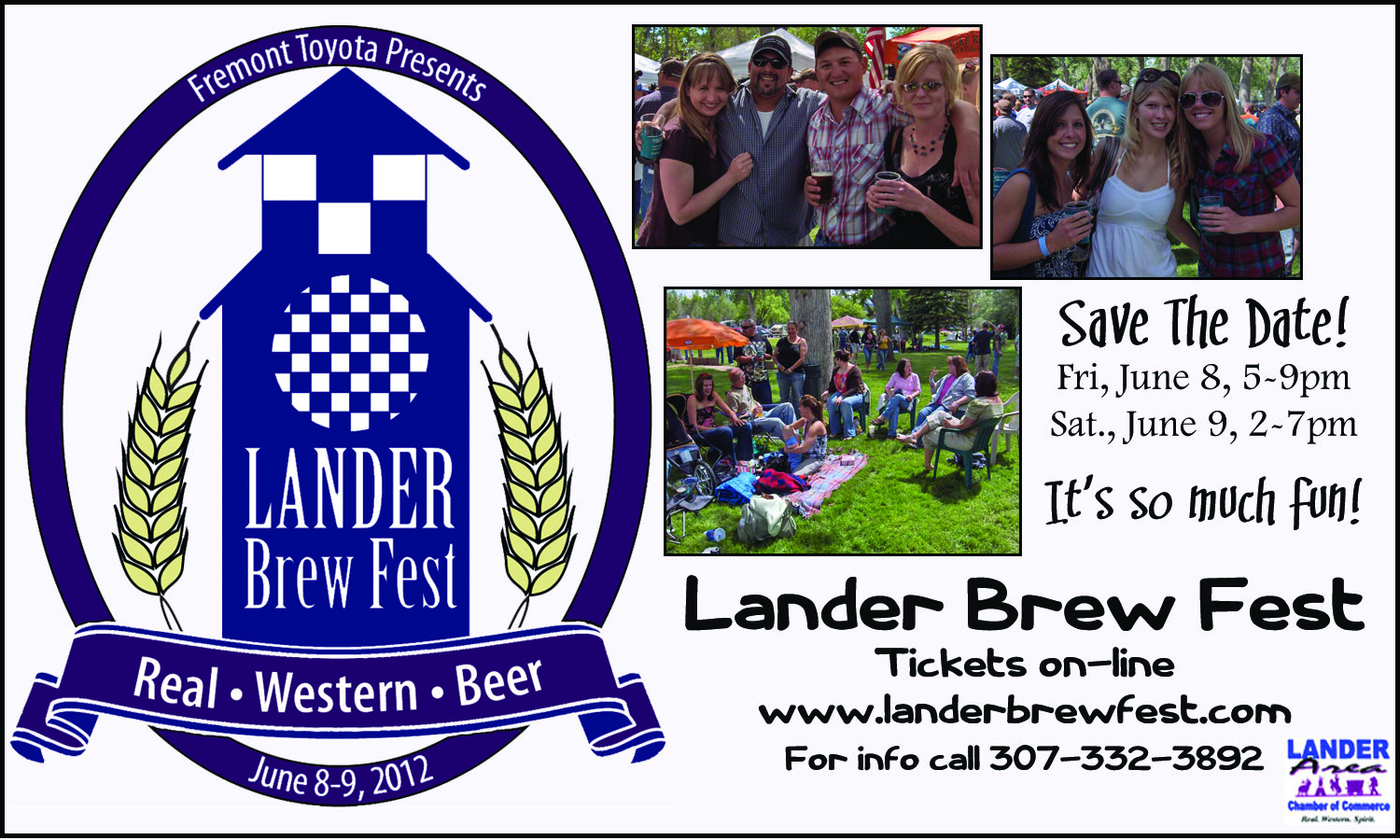 LINK BACK TO OUR WEBSITES & READ OUR CURRENT ISSUES! 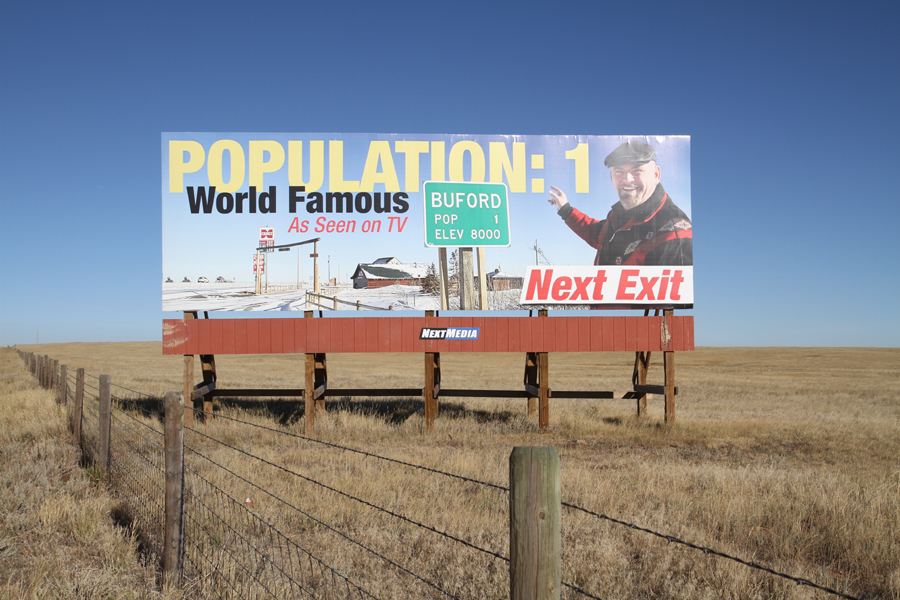 Thanks to Rob McIntosh for sending us this new installment — Rob is an avid motorcycle rider, and travels the state frequently.  He also happens to be one heck of a writer and photographer!  We enjoyed this viewpoint on Buford, a town of much fame along Interstate 80 in southeastern Wyoming…article and photography by Rob McIntosh — thanks Rob!

With fall well under way, a couple of us decided we should definitely take advantage of a nice September weekend.  So, we filled the tanks on our bikes and dressed for the coolness of the morning.  Sunrise was 6:44 AM and we’d left Torrington headed south toward Cheyenne by then. Our destination was Buford, Wyoming.

Within two hours we were parked outside the Trading Post in downtown Buford.  Unfortunately, the Mayor, town council, owner and operator of the Trading Post as well as the rest of the townsfolk were all gone when we arrived.  That’s not unusual since the town of Buford has a population of one. 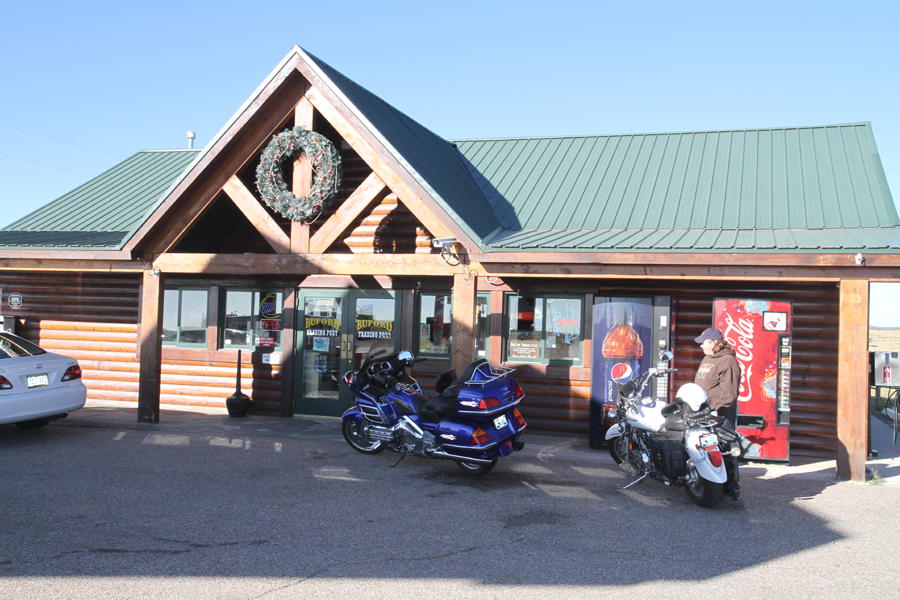 Established during the construction of the Transcontinental Railroad in 1866 and named after Major General John Buford the town is located between Cheyenne and Laramie on Interstate 80. In 1880 Buford had a post office and boasted a population of at least 2000. At 8000 feet elevation it is the highest community on Interstate 80.

Today, Don Sammons who is the only resident runs the Trading Post and lives near by in the only house in Buford.  As Mayor, Don says he wants to retire, so the entire town is up for sale. We were glad Don found a friend to watch over the town in his absence.

Strangely enough, while we were there several vehicles stopped for fuel.  One couple with their three children and cat were pulling a U-Haul.  They were headed from Vermont to their new home in Oregon.  Others stopped for refreshments and use of the facilities.  At one point, the population increased 12 fold when a van with a few adults and some teenagers stopped by.  This might have been unusual but for the short time we were there, Buford was quite busy.

We stayed long enough for some snacks and a few photos of our bikes with the Buford sign and Trading Post and then headed on.  Our ride took us on to the Happy Jack Road just west of Buford and back to Cheyenne.  The weather was perfect, the ride was beautiful, and the visit to Buford was enjoyable as well as educational.  We hope to return to Buford at a later date and meet the entire population while we are there. 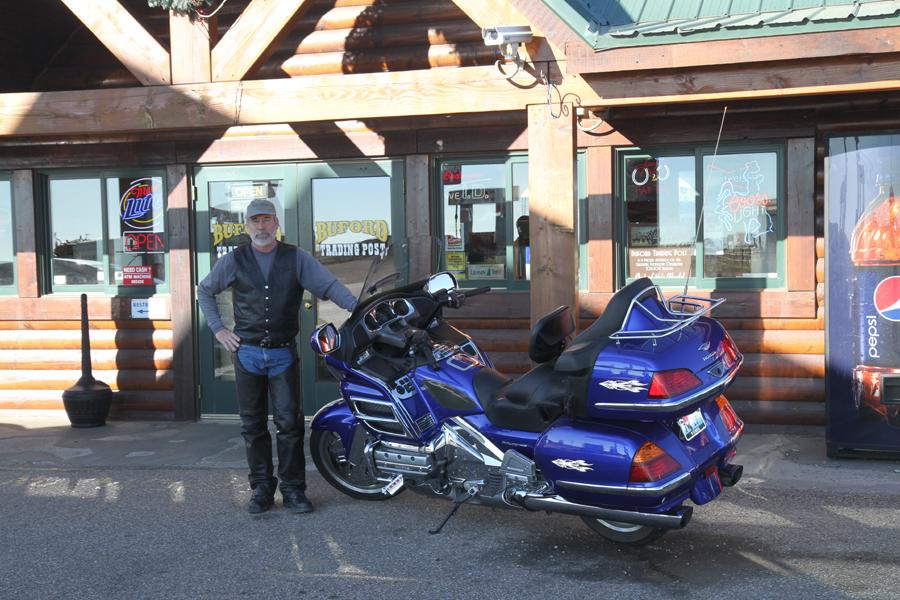 If you are ever traveling Interstate 80 between Cheyenne and Laramie, stop at Buford for a break.  The pop is cold, the coffee hot, and the atmosphere is very pleasant.  You never know, you might buy yourself a town while you’re there.

Thanks Rob! Buford is one of our little spots of folklore in Wyoming — when you’re cruising along I-80 in southeastern Wyoming, be sure to stop in and say hello and take a picture!

LINK BACK TO OUR WEBSITE & READ OUR NEW ISSUE! www.wyolifestyle.com