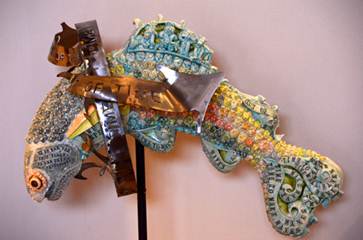 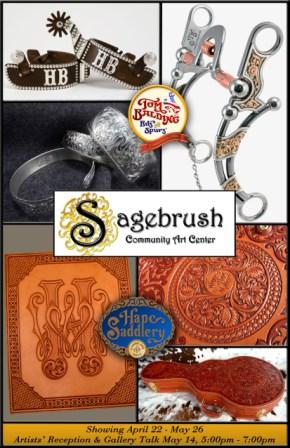 Tom moved to Sheridan in the early eighties after leaving his fast paced California career as a precision fabricator in the aerospace and sailing industry. Tom’s an avid outdoorsman and was drawn to the area after a visit to the local community, with its breathtaking scenery and limitless opportunity to enjoy the outdoors.

In 1984 a neighbor asked for a favor and planted the idea that would later grow into what is now Tom Balding Bits & Spurs. The request was to repair a broken bit. The bit repair started Tom thinking of the possibilities and tinkering with what he had on hand. It began by putting together scrap sailboat parts to create the first bit design. The concept of what was required of the bits in order to perform at the level his clients required was quickly learned through trial and error. He decided to pursue bit and spur crafting as a full time vocation and the process was refined into the high quality craftsmanship it’s known for today.

If you live close to or are traveling through the Sheridan area, stop by for a personal tour of the workshop. The team is hard at work Monday through Friday from 8:00am to 4:30pm MST. The tour includes a walk through of each production process and a majority of the time the team is working in each of the individual areas allowing for a truly unique experience.

Wayne was raised on a ranch near Sheridan that was originally owned by his great-great grandfather James Enochs. James came to the area in the 1870’s on a Texas cattle drive and made several more trips driving herds before deciding to settle in Sheridan, where he became the first elected sheriff of Sheridan County and settled down on his ranch on Prairie Dog Creek. Wayne’s parents, grandparents, and all his aunts and uncles carried on the family ranching tradition and the ranch is currently owned and worked by his aunt and uncle. Through his days on the ranch riding, roping, and working stock became second nature to him.

Wayne’s father, Chester Hape, started doing leatherwork and building saddles during the 1950’s in Sheridan. He quickly earned a reputation for excellence in the craft and is renowned for his artistry and his contribution to developing the “Sheridan Style” of stamping. He always had a home shop and Wayne learned leather work at a young age. In his teen years he apprenticed under his father as a saddle maker. During this time he helped his father build trophy saddles for the PRCA National Finals Rodeo. Chester held the contract for 13 years and had Wayne build them on his own for the last two years of the contract, 1988 and 1989.

Wayne traveled around in the 1990’s, living all over the Rocky Mountain West while lugging around a chest full of leather tools. He moved to Alaska in 1995 and settled in the town of Homer for 13 years. He worked many jobs including a hunting and kayaking guide, taxi driver, carpenter, and musician, while continuing to work leather and saddle repair. He met his wife, Kena, in Homer and they were married in 2008. They moved to Sheridan to be with his father, who after losing his wife to cancer in 2006 had retired. Since the birth of their son, Waylon, in 2011, Wayne continues to build saddles and carry on the family tradition of excellence in leatherwork.

Visit the Campbell County Public Library in Gillette to view Kris Bauer’s & Cindy Shade’s photography — and stop by the Ava Community Art Center to also view their work — part of the “We Love Our Sports” exhibition! 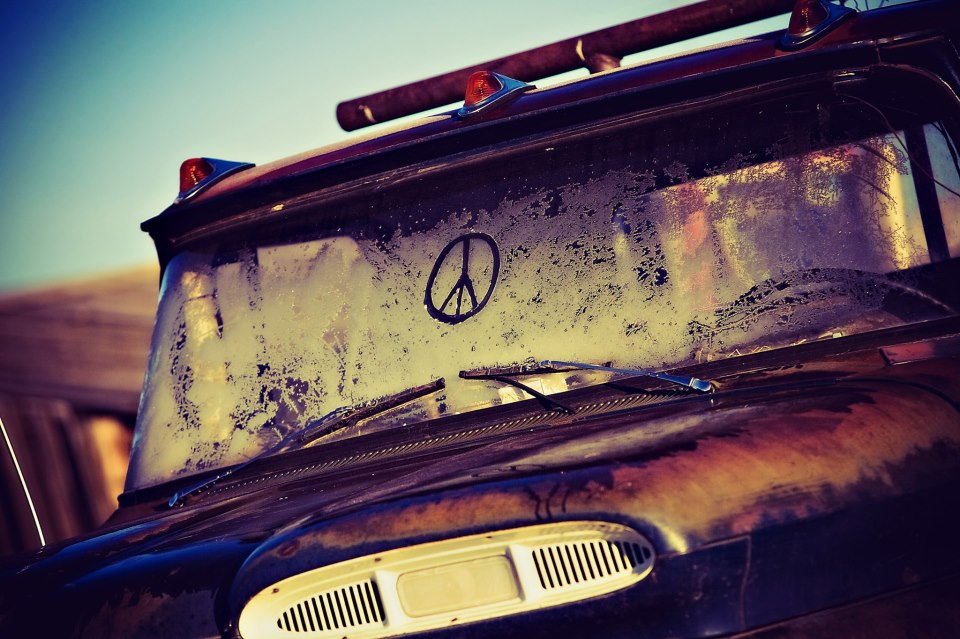 I am excited to announce that my 3rd album, Dirt, will be released worldwide, including iTunes & JaredRogerson.com, on Tuesday, April 16th, 2013. There will be a CD release concert the following day where I’ll be playing songs off the new album.
Wow!  What a ride it has been. Since the release of “Peace, Love & Horses”, it’s been an up hill climb- everything has felt like a battle, but I have also never felt so blessed. I felt the pain of saying goodbye to legendary horses, the best old dogs, and heroes. I’ve also felt the true joy of becoming a dad for the first time, by far the coolest thing I’ve ever done. I feel a little bit older, and maybe, just a little bit wiser. I think some of that shows up in this evolution of music. 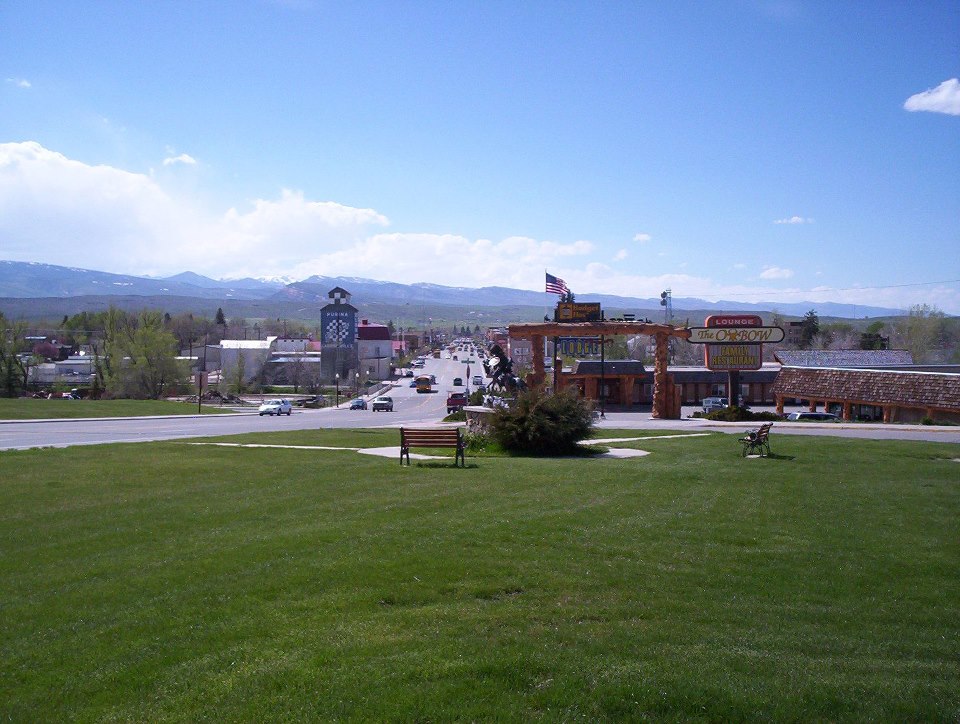 The Community Center of Lander was a place well-loved and used by the community — sadly, it was lost to an electrical fire in 2012. The community is hard at work rebuilding the center, and Diffie’s benefit concert on July 5 will help the community achieve their goal. Ticket sales opened Monday, May 6 — visit the Lander community website for more information!

Eight Wyoming high school art programs have received cash prizes through the “Traveling Trout” statewide art competition offered by the National Museum of Wildlife Art in Jackson Hole. Winners of the competition, which challenged the 37 participating Wyoming schools to turn plain white fiberglass trout into distinctive works of art, were announced April 26 at the Wyoming High School Art Symposium in Casper, with the entire “school” of fish to be exhibited at the National Museum of Wildlife Art’s outdoor Sculpture Trail May 4 – October 6, 2013, before traveling to other venues including the Wyoming State Museum in Cheyenne and the Community Fine Arts Center in Rock Springs.

The trout art was judged on originality of the idea, execution of the idea, and overall impact of the piece. “All the winners were exceptional, but Pinedale’s sculpture stood out in the sophistication of the design and handling of the media. It also had an important environmental message about water quality,” said Jane Lavino, Sugden Family Curator of Education & Exhibits for the National Museum of Wildlife Art.

“If our children are a measure of our future, Wyoming’s future will follow a path of creativity and imagination,” said Wyoming Representative Tim Stubson of Casper, one of the judges for the competition. Said Ashley Carlisle, associate professor of sculpture for the University of Wyoming Department of Art and another Traveling Trout judge, “Originality and material transcendence is so important in art today, and our Wyoming students have really shown their ability and promise in these pieces.”

A member of the Museums West consortium and accredited by the American Association of Museums, the museum, officially designated the National Museum of Wildlife Art of the United States by an act of Congress in 2008, provides an exciting calendar of exhibitions from its permanent collection and changing exhibitions from around the globe.  A complete schedule of exhibitions and events is available online at www.wildlifeart.org.  The museum is also active on Facebook and on Twitter at @WildlifeArtJH.